What is a Renewable Energy Certificate?

A Renewable Energy Certificate (REC) can be issued when one (net)[1] megawatt-hour of electricity is generated and supplied to the grid from an eligible renewable energy resource. RECs are tradable environmental commodities that can be traded separately from wholesale electricity markets. In Europe, an analogous environmental instrument is referred to as a Guarantee of Origin (GO).

RECs are described as representing environmental or renewable “attributes” or “benefits” associated with renewable energy generation. Unfortunately, what is meant by “attribute” and “benefits” is typically ambiguous and unspecified. Despite this ambiguity, RECs and GOs are also often treated as if buying them is the same as buying green power (e.g, electricity produced solely by renewable generation resources). Yet, there is no empirical or economic support for such an ownership claim. Unfortunately, some regulatory language has been crafted that attempts to treat such claims as legitimate.

The original purpose of RECs was for tracking compliance with legislated electric utility renewable generation quotas (i.e., Renewable Portfolio Standards, or RPSs). But, they are now also used in a voluntary context by companies and consumers to claim they have “purchased” renewable electricity. It is important to recognize that there are numerous “flavors” of RECs and REC markets. The two major categories are:

Compliance RECs can be purchased from jurisdictions with RPS regulations. Voluntary RECs and GOs can be purchased by any entity anywhere, although some markets encourage purchases to occur from generation local to the buyer.

RECs that are eligible for RPS compliance can be acquired through environmental commodity brokers. For example, the market price for Massachusetts, Connecticut, New Hampshire, and Rhode Island RPS compliance RECs (Class I 2020 vintage) and PJM (DC, MD, PA, NJ) is around US$10 to $20 per MWh.

Prices for a class of solar energy specific RECs vary by state, with the highest prices currently in DC, MA, and NJ. 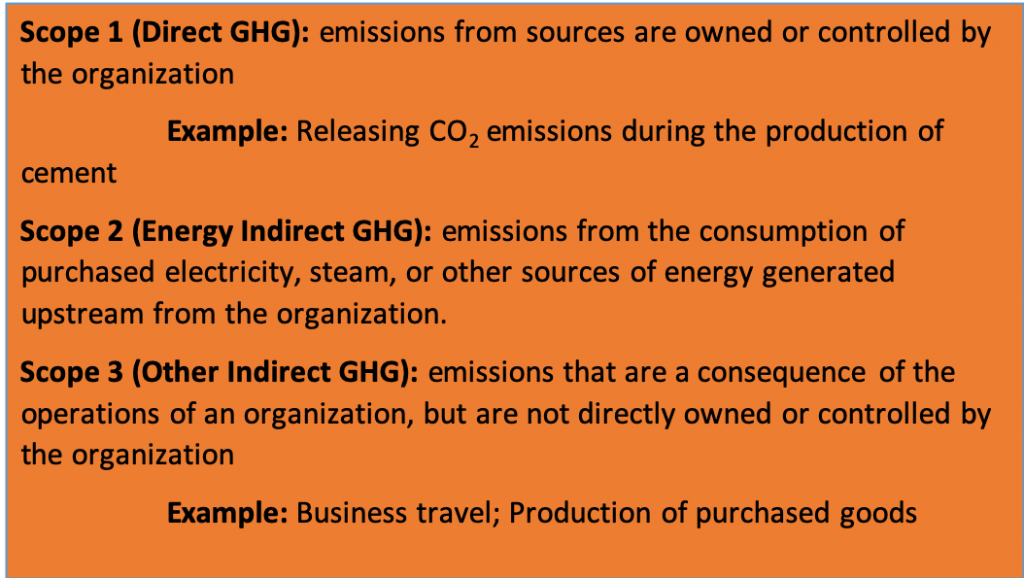 In contrast, some compliance REC markets are likely to be causing additional renewable energy investment due to the incrementally increasing RPS goals, as indicated by their far higher price. There is moderate confidence in the additionality of RPS compliance RECs for the U.S. Northeast and Mid-Atlantic states. This confidence would be increased further if a buyer commits to a multi-year purchase contract.

So, purchasing and retiring compliance RECs is a credible option to claim emission reductions when these RECs come from a REC market facing some scarcity and the REC is canceled (retired), thereby removing it for use by a utility for compliance. However, instead of claiming to have purchased “green power” and applying a zero-emission factor to a corporate GHG footprint, the purchaser should quantify the GHG reductions associated with the marginal impact of this REC retirement. And, thereby quantify and claim the emissions offsetting effect of the REC retirement. The marginal impact can be estimated using a load dispatch analysis of avoided fossil generation using existing electric power industry models. There are also more simplified methods to quantify the effect of avoiding the building and operation of fossil generation. The quantification of the GHG reductions would present some complexity but is unlikely to present a significant technical barrier.

There is minimal risk of harm, as well as limited opportunity for co-benefits with this option of claiming emission reductions.

Voluntary market RECs presents a significant reputational risk, given their proven lack of environmental integrity. Concerns around the environmental integrity of voluntary RECs have not gone unnoticed by leading companies. For example, in Google’s white paper discussing their approach to renewable energy purchasing they clearly state concerns with unbundled voluntary RECs:

“Our efforts must result in “additional” renewable power generation. We’re not interested in reshuffling the output of existing projects, and where possible, we want to undertake efforts near our data centers and operations.” (Google 2013a)

To address concerns about RECs, Google has decided to pursue voluntary RECs bundled with long-term PPAs. Though this option is an improvement over voluntary RECs alone, Google could improve its approach by purchasing RPS compliance RECs to achieve its emission reduction goals. A long-term PPA with a renewable energy project is likely to have more environmental integrity, but it is not yet a proven approach that definitively leads to additional emission reductions because there is no research on this approach. This lack of evidence or guidance on PPAs is a major gap that is in need of correction.

Nevertheless, several major companies (e.g., Intel, Bank of America) purchase voluntary RECs to use them to claim they are meeting their GHG reduction and green power goals. Further, some environmental groups (e.g., Green-e, US-EPA Green Power Program, GHG Protocol Program) have been resistant to update their guidance for fear of contradicting past positions, and continue to present information to companies that lack environmental integrity and leads to misleading corporate reporting.

In contrast, purchasing compliance RECs provides an opportunity to publicly distinguish an organization from the common practice of using ineffectual voluntary RECs to misleadingly claim to have reduced their emissions and meet green power targets.

Voluntary market RECs, although currently promoted by many environmental organizations, present overwhelming environmental integrity problems. Too much of the guidance on voluntary green power purchasing and GHG emissions on this topic from organizations like the USEPA Green Power Program, CDP (formerly “Carbon Disclosure Project”), and the Center for Resource Solutions (CRS, the owner of the Green-e label) is, unfortunately, outdated and misleading. Most published guides focus on promoting the purchase of voluntary RECs and provide little or no substantiation or evidence of environmental integrity. Research shows that voluntary REC purchases are highly unlikely to result in actual environmental benefits.

The purchase of compliance RECs can be a sound option if the RPS creates a scarcity in its associated REC market. It would be equivalent to purchasing emission allowances (where the market is also not oversupplied) or credible carbon offset credits. The challenge with compliance RECs involves some extra analysis to quantify the tonnes of CO2 reduced for the number of MWh of fossil generation avoided. This extra layer of analysis is not necessary for the retirement of allowances and offsets.

[1] “Net” refers to the amount of MWh used by the generation plant for its own operations. For example, a wind farm uses some of the electricity it generates to run its own systems, hence the “net”.

[2] Price estimates are based on the assumption that the marginal unit displaced by additional Class I renewable generation is natural gas-fired. The cost per metric ton using solar RECs could be higher in some jurisdictions.