The Climate Action Reserve was launched in 2008. It is a USA based voluntary offsets program whose projects are implemented within North America.

The Reserve guides the development of project protocols in accordance with the principles in its Climate Action Reserve Program Manual. CAR typically adopts performance-based project protocols using industry benchmarks and other defined eligibility criteria that a project must meet to show climate impact and be eligible for CRT generation. The process for protocol development includes a CAR staff-managed expert and stakeholder working group process, public comment, and finally the board approval process.

The California Climate Action Registry (California Registry) is the predecessor organization and legacy program of the Climate Action Reserve.  It is a voluntary GHG registry for companies and other organizations established by the California State Legislature in 2001 to encourage and promote early actions to measure, manage, and reduce GHG emissions. To support this goal, the California Registry developed a general reporting protocol, general verification protocol, and a number of sector-specific reporting protocols to enable its members to voluntarily calculate and report entity-wide GHG emissions. The California Registry also produced a series of standardized, performance-based, project-specific protocols and accompanying verification protocols to quantify the emission reductions from GHG mitigation projects. For example, the first set of project protocols for quantifying and verifying forestry projects was launched in 2005 and these protocols were subsequently adopted by the California Air Resources Board in 2007, which recognized the resulting emission reductions as early voluntary actions under the California Global Warming Solutions Act of 2006 (AB-32). This act established a program of regulatory and market mechanisms to achieve real, quantifiable, and cost-effective reductions in GHGs. 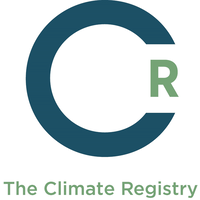 In 2007, CCAR worked with other regional non-governmental organizations to build and launch the Climate Registry, a voluntary corporate GHG emissions registry for the North American region covering states in the USA, Native Sovereign Nations, Canada, and Mexico. The last year for which the California Registry accepted emissions reports was 2009 and, thereafter, members transitioned to The Climate Registry.

The Climate Action Reserve is administered by employed staff with overall direction from a Board of Directors. The Board of Directors is comprised of representatives from the state government, business, environmental organizations, academia, and others.

The Reserve provides services to companies and project developers in North America.