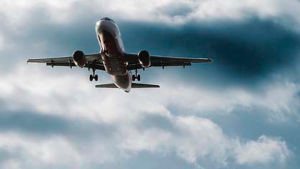 The atmospheric chemistry involved is complex. To put it simply: NOx emissions from air travel lead to an initial increase in O3 (warming) that persists over a couple of months. It is followed by a longer-term (decadal timescale) decrease in CH4 (cooling) and O3 (cooling). The later decrease in CH4 and O3 does not outweigh the initial increase in O3. Therefore, NOx emissions produce a net warming effect (Lee, 2018).

NOx causes climate effects that are relatively short-lived. Short-term effects like these are relevant when the activities that cause them to persist or increase. Although there is no accumulation, like for longer-lived GHGs.