Carbon dioxide (CO2) is emitted during the combustion of kerosene jet fuel (referred to as ‘jet fuel’): 3.16 kg CO2 are emitted per kilogram of jet fuel combusted (ICAO, 2017). 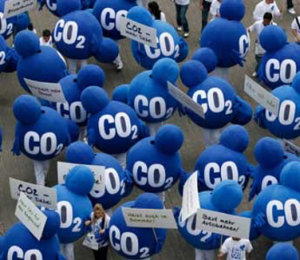 The CO2 emissions during the production of kerosene (including transport and refinery processes) adds approximately another 0.5 kg CO2 per kg of jet fuel (myclimate 2014). A round-trip flight from Frankfurt to New York burns about 156,500 kg of jet fuel. Including upstream production emissions, this results in about 570 tonnes of CO2 for a round-trip voyage, or an average of 870 kg CO2 per economy-class passenger, taking into account that some emissions are attributed to cargo (calculated based on ICAO calculator).

CO2 also spreads globally and affects climate independent of where and at which altitude the emissions originated. CO2 is the main anthropogenic (human-induced) GHG and its warming effects are well understood; it is therefore often used as the basis for comparison of all other emission effects.