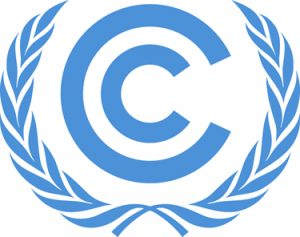 The Clean Development Mechanism (CDM) is part of the United Nations Framework Convention on Climate Change (UNFCCC). As the largest regulatory project-based mechanism, the CDM offers the public and private sector in high-income nations the opportunity to purchase carbon credits from offset projects in low or middle-income nations (non-Annex 1). CDM is involved in setting standards and verifying projects. Offset credits are verified and certified by authorized third parties (Designated Operational Entities).

The CDM is a project-based GHG offset mechanism under the Kyoto Protocol. The scheme aims to assist Annex-I parties (industrialized countries with binding emission reduction targets) to cut global GHG emissions in a more cost-effective manner by allowing them to invest in offset projects in non-Annex I parties (low- and middle-income countries without binding targets).

The parties to the United Nations Framework Convention on Climate Change (UNFCCC) negotiated and adopted the Kyoto Protocol in 1997. Initially, they only sketched out the basic features of the offset mechanism. In 2001, following a series of negotiations, the rules governing the operation of the mechanism were fleshed out in what is now known as the Marrakech Accords. The first CDM project was registered in 2004. In the following year, after Russia’s ratification of the Kyoto Protocol saw it enter into force, the first emission reduction credit was issued to a project. Since then, the scheme has grown rapidly and now dominates the offset market. Since September 2007, the CDM has self-financed its regulatory functions through fees charged to projects and no longer relied on grants from Annex-I countries. In the absence of a renewed commitment period for the Kyoto Protocol (the Doha Amendment), offsets generated in CDM projects are primarily used by voluntary actors (visit the Climate Neutral Now Initiative which facilitates voluntary purchases of CERs).

The CDM Executive Board (EB) oversees the functioning of the CDM. The EB is ultimately accountable to the governing body of the Kyoto Protocol, which includes representatives of all the countries that have ratified the treaty. The EB is supported by expert panels that focus on specific tasks.

The scope of the CDM is international, involving all countries that have ratified the Kyoto Protocol.

Although the tradable units of other schemes cannot be used as CDM credits, several other compliance programs, and voluntary standards either already recognize and accept Certified Emission Reduction (CERs). Such schemes or standards include the EU ETS and the Verified Carbon Standard (VCS). The Gold Standard certifies projects that use CDM methodologies and also comply with additional Gold Standard criteria.