What is a Carbon Offset? 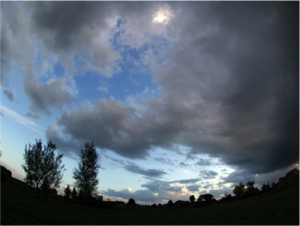 The terms carbon offset and carbon offset credit (or simply “offset credit”) are used interchangeably, though they can mean slightly different things. A carbon offset broadly refers to a reduction in GHG emissions – or an increase in carbon storage (e.g., through land restoration or the planting of trees) – that is used to compensate for emissions that occur elsewhere. A carbon offset credit is a transferrable instrument certified by governments or independent certification bodies to represent an emission reduction of one metric tonne of CO2, or an equivalent amount of other GHGs (see Text Box, below). The purchaser of an offset credit can “retire” it to claim the underlying reduction towards their own GHG reduction goals.

The key concept is that offset credits are used to convey a net climate benefit from one entity to another. Because GHGs mix globally in the atmosphere, it does not matter where exactly they are reduced.[1] From a climate change perspective, the effects are the same if an organization: (a) ceases an emission-causing activity; or (b) enables an equivalent emission-reducing activity somewhere else in the world. Carbon offsets are intended to make it easier and more cost-effective for organizations to pursue the second option.

CO2 is the most abundant GHG produced by human activities, and the most important pollutant to address for limiting dangerous climate change. However, human beings create and emit numerous other GHGs, most of which have a far greater heat-trapping effect, pound for pound, than CO2. The most prevalent of these gases are methane (CH4), nitrous oxide (N2O), hydrofluorocarbons (HFCs), perfluorocarbons (PFCs), nitrogen trifluoride (NF3), and sulfur hexafluoride (SF6). Fully addressing climate change will require reducing emissions of all GHGs. Scientists and policymakers have established “global warming potentials” (GWPs) to express the heat-trapping effects of all GHGs in terms of CO2-equivalents (annotated as “CO2e”). GWPs are defined for different time horizons, to account for differences in the residence time of different gases in the atmosphere. By convention, all carbon offset credits certified under established standards are denominated using 100-year GWPs. This makes is easier to compare the effects of different GHGs and to denominate carbon offset credits in units of CO2-equivalent emission reductions.

As explained later in this guide, offset claims are only defensible under a set of rigorous conditions. Although organizations sometimes use other kinds of investments to make GHG reduction claims – such as the purchases of “renewable energy credits” – these other instruments usually do not meet the criteria for effective carbon offset claims. Click here to learn more about other instruments for achieving emissions reductions.

Carbon offsetting is possible because climate change is a non-localized problem. Greenhouse gases mix throughout the atmosphere, so reducing them anywhere contributes to overall climate protection.

[1] However, activities that give rise to GHG emissions can produce other pollutants that have localized impacts. This connection should not be ignored.