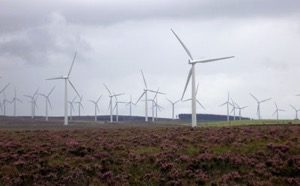 RECs were originally developed to track renewable energy production for regulatory compliance with Renewable Portfolio Standards (RPSs). These standards require utilities to install and generate certain portion of their electricity with renewables.

The U.S. and some others governments also subsidize renewable energy investment and generation, which results in a surplus of RECs in some regions. Some of these surplus RECs are sold to organizations and individuals, who are told they are reducing emissions and buying green power.